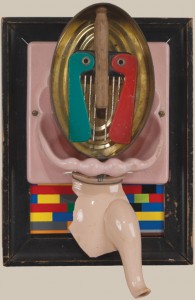 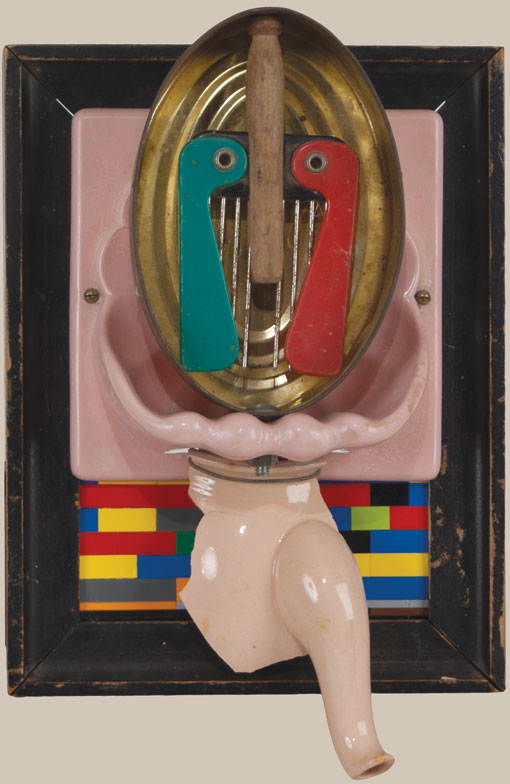 Hompiekadompy (Humpty Dumpty in phonetic Afrikaans) is the anti-hero in the traditional children’s nursery rhyme. It was inspired by Lewis Carroll’s discussions on semantics and pragmatics in his Through the Looking-Glass. The association of disparate objects in this assemblage offers a variety of readings mediated by the title. Hompykadompie’s fragility is underscored by the ragged edges of the flesh coloured broken teapot spout which protrudes beyond the LEGO (let go) wall and out of the frame. The egg shaped head is formed by an old mackerel tin. The facial features set in the reflective interior of the tin are comprised of a folded plastic comb and an old fashioned wooden peg. The tin rests on a vulgar pink plastic soap dish which doubles as arms as well as Hompykadompy’s gums.