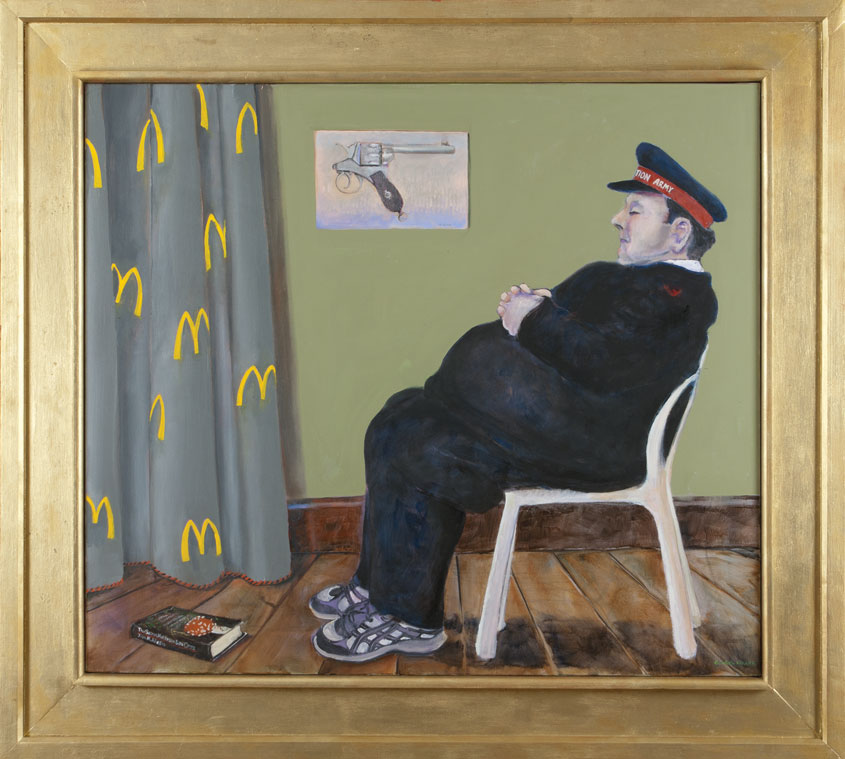 In the title I refer to Dylan Thomas’ poem about sub conscious meanderings, where individual’s true aspirations are asserted in a free flowing manner. The composition is directly based on Arrangement in grey and black commonly known as Whistler’s mother.

An exceptionally overweight Salvation Army soldier of the cross is portrayed slumbering peacefully on a chair. But the lightweight white plastic chair which contrasts so strongly with his black uniform was clearly never designed to support such a load and could collapse at any moment. He wears the uniform of the Salvation Army whose purpose is to proselytise the essential message of Christianity. In his sleep he dreams. His surroundings reflect his dreams which constitute subconscious reflections on his life.

An image of a modified reversed revolver forms a picture within a picture hanging on the wall. Its sole purpose is to eliminate the shooter. The barrel of the violent suicide mechanism is pointed at the sleeper’s head. The oddest anomaly is the superfluousness of the sighting mechanism.

The curtains to the left has a fast food logo repeat pattern subconsciously invoking reference to the( Catholic) fifth cardinal sin of gluttony.

The third pictorial element is a book on the floor in front of the sleeper. The sacred mushroom and the cross, contains a serious scholarly and highly unorthodox theory that postulates that the Judaic and Christian traditions are an esoteric and ancient cult whose central function is the worship of the magic mushroom, the Amanita Muscaria. The soldier of the cross, while taking a respite from his voluntary calling, is having a serious subconscious conflict of his belief in the dogma of the church. 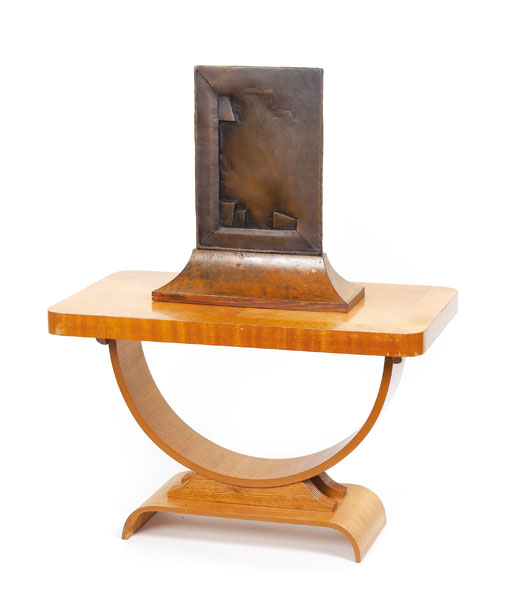 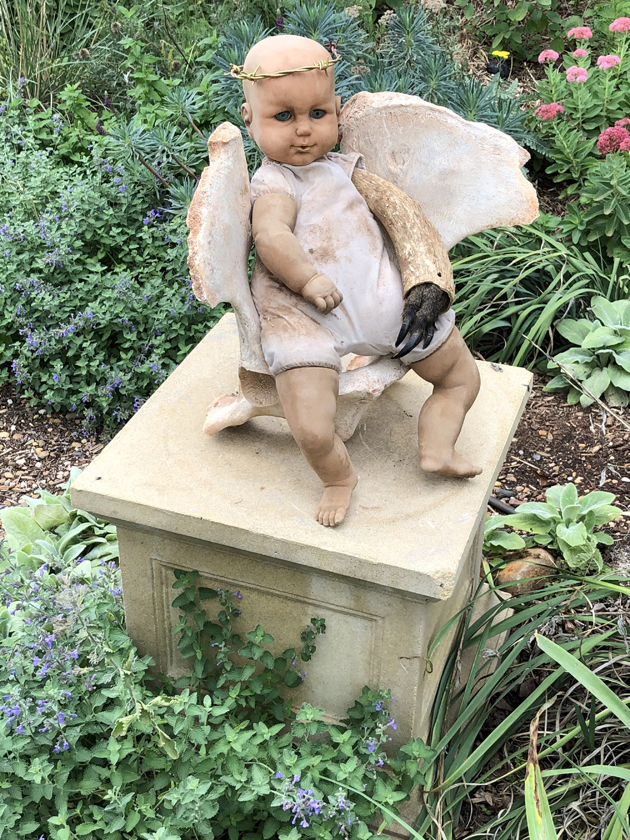