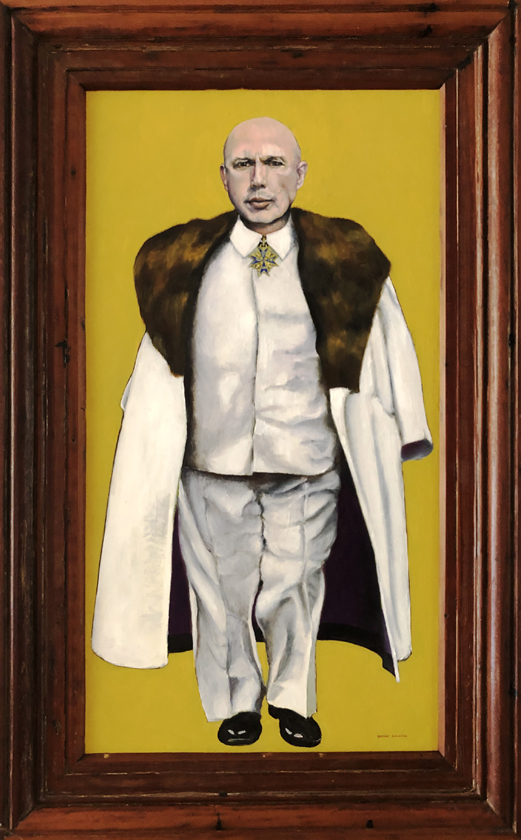 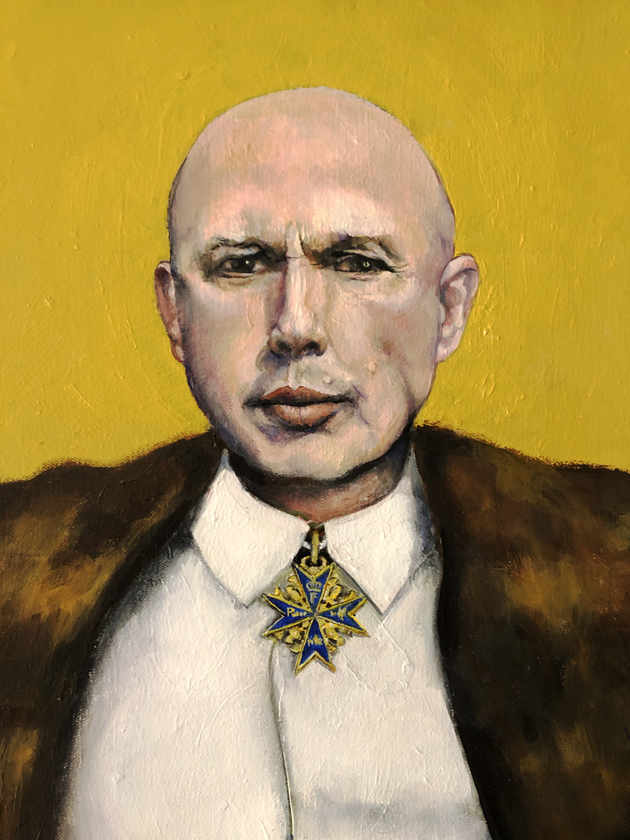 Peter Dutton is the quintessential exemplar of the worst variety of Australian politician. This opportunistic and expedient individual has promoted and facilitated the extreme persecution of asylum-seekers in the name of border security as his pathway to ultimate power. An ex-policemen, he has the erroneous but widely-held policing attitude of assuming that everyone is guilty of something. Working assiduously to curtail personal freedoms in the name of ‘protecting Australians’ he is treading the classic textbook pathway of all dictators. I have accorded him the title of ‘Dutton of Nauru’ in acknowledgement of his contribution to the extensive and ongoing suffering of thousands of victims; men, women and children, who are punished for the crime he has wrongly defined as being illegal arrivals.

In this image I have attached Dutton’s head to that of Hermann Goering’s body. In relatively simple attire, he takes on the appearance of any number of past and present dictators from Stalin to Kim Jong-Un. Although a tall man I have situated Dutton’s purposefully oversized head down on the picture plane, creating the effect of filling-up the frame while at the same time conveying  a bloated dwarfish sensibility. A fair-go sort of a bloke he sports a non-politically correct elaborate fur collar intimating a disregard for the sanctity of wildlife and by extension a cruel disposition towards humans. An unhinged policeman may remind one of Mad Max but here Dutton proudly displays the Blue Max, Germany’s highest decoration for bravery.

Hermann Goering is remembered for being a major player in the Nazi Third Reich. As Minister of Police and Head of the Gestapo, he re-introduced beheading by axe for capital offences. 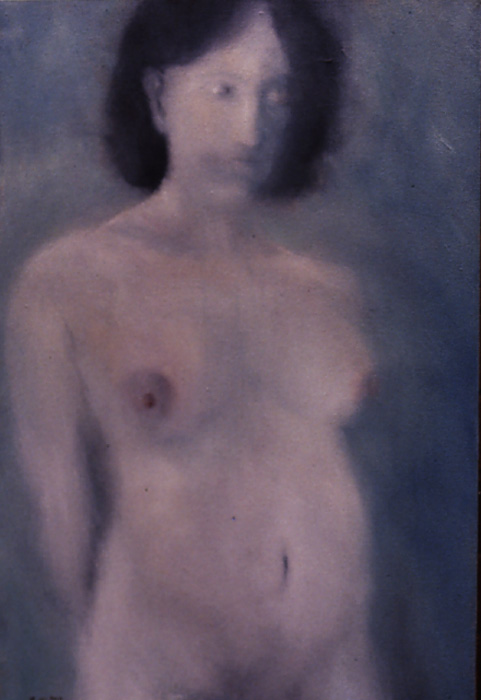 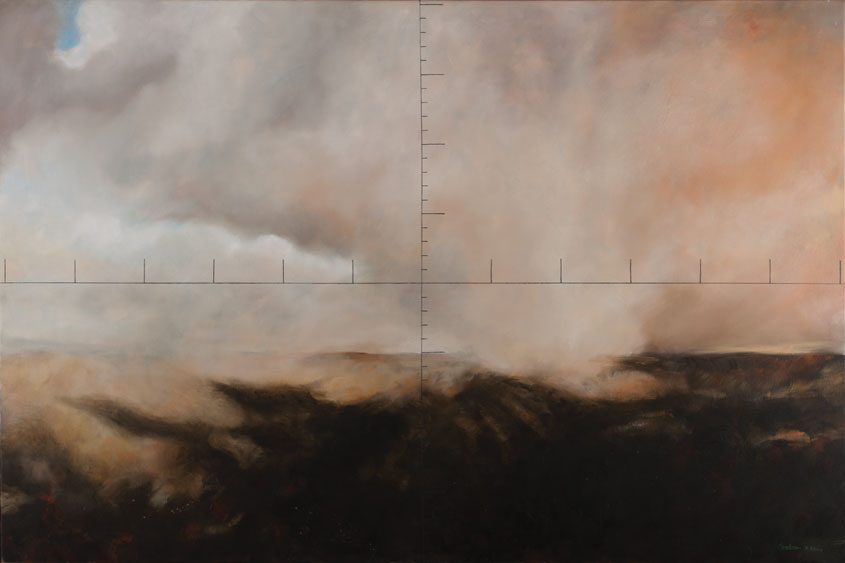 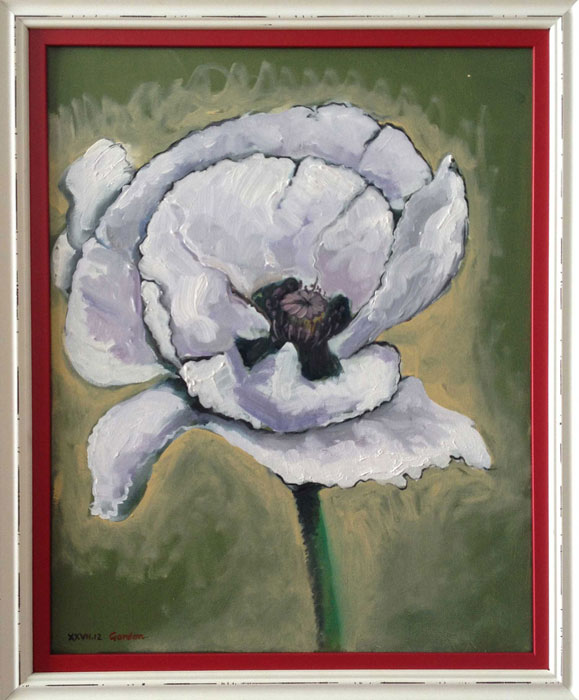