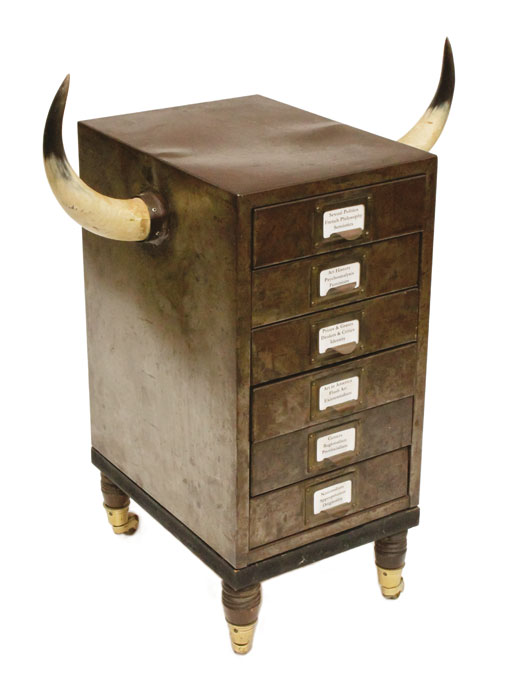 The title provocatively lampoons the Archibald Prize. This pre-eminent and most important national Australian annual prize guarantees artists commercial success and recognition and has launched many successful careers.

On close scrutiny the prize is invariably not based on merit. The panel of judges are the Board of the Art Gallery of New South Wales which are comprised of successful business celebrities and social stalwarts, mainly men, who have little knowledge and limited or no professional or nuanced knowledge of Fine Art or of an aesthetic discipline. Their uninformed opinion is supposedly leavened by the director of the AGNSW, whose stated purpose is however, to use the exhibition as a revenue raising exercise, and a promotional tool for the AGNSW. In addition, one or two appointed artists are also on the board as judges. These individuals’ own careers, which are often dependent on the largesse of the other Board members, promotes a culture of artistic compromise. Ben Quilty, the winner of the 2011 Archibald is currently one of the two artist directors.

The net result on average, with individual exceptions, is a tasteless high gloss annual exhibition of, feeble, second rate images, a parade of mug shots of so called identities and luminaries in an Australian society almost entirely devoid of artistic merit. Most prevalent among the ‘selected’ are coloured-in photo-realist paintings made from photographs with the  use of an epidiascope or overhead projector and they are usually on a monumental scale. Fine Art in the Archibald context firmly places itself firmly in the realm of the entertainment industries.

The Archibald, through the fine-tuned highly successful marketing efforts of the then AGNSW Director Edmund Capon fired the Australian imagination. The public flock to ogle at the images, revelling in their ability to recognize (as if one couldn’t) all of the so called well known individuals in our celebrity suffused cult society. They are, of course, charged a handsome entry fee and the show is a veritable cash cow for the AGNSW. Capon’s money grubbing approach has done Australian art a great disservice in this regard.

Internationally the Archibald Prize very publicly presents Australia as a nation with little acuity in innovative painting. Not only is the show itself an anachronism in the twenty first century, it also mainly serves to reference our national predilection with nostalgia. Our selective backward looking culture represents an efficient but cheap and nasty way of nation building which tends to be served up along with generous helpings of amnesia for dessert. Likewise the purposeful promotion of celebrity portraits is akin and linked to Australian government and military exploitation of the Anzac myth. Not surprising is the fact that Ben Quilty was singled out to become Australia’s official war artist in late 2011 after his Archibald win. (For more on Anzacery read my article www.memorate.com.au – from April 2015 installation)

Public awareness of art as an important linguistic contribution to Australian culture has been at a very low ebb in recent decades. In a very rare moment of honest national introspection much praised prize winning Australian Architect Glenn Murcutt said in his 2011 public Utzon lecture that ”Australians are visually illiterate.” (Broadcast by Alan Saunders ABC radio 18. 10. 2011)

In the sculpture Essential Arch Bull the inference is that it is not the acknowledged merit of a robust art practice on a level playing field that will launch an artistic career, but rather a crass subordination of Art to neoliberal [de]values and the vicissitudes of the Art market. To highlight my point of the undisguised collusion between Capital, Politics and Art, the winner of the 1992/3 prize was Bryan Westwood with a portrait of the then new Prime Minister Paul Keating. My response to this was the Essential Arch Bull!

While specifically aimed at the Archibald Prize, this didactic work has wider application as a cynical commentary and condem[nation] (referred to by Kit Messam-Muir as “vitriolic” in his 2003 catalogue essay VIBGYOR) which highlights endemic nepotism and corruption in the art scene in Australia.

Each of the six drawers in the metal cabinet contains an identical copy of the Australia Council’s publication – ‘The Art of Self Promotion’. This Australian Arts Council (Government) publication offers suggested methods of how best to appear to be professional to impress galleries and critics with the object of carving out an artistic career. The books are located in discreet drawers each of which displays different generic labelled categories. There are three on each label offering art theoretical, social and practical sources which, if (even superficially) adopted, manipulated and exploited could or might lead to success. The last drawer sited at the bottom, importantly, is the category designated ORIGINALITY! *

On the back of the cabinet a brass plate with a posting slot from an old discarded post box has been affixed. This specifically references the  armour modified from plate metal which Australian outlaw Ned Kelly constructed to confront the authorities in his dramatic showdown. This raises an additional relatively unrelated but much darker aspect of Australian canonical culture. That of institutional acceptance of injustice. The apotheosizing of a murderer criminal as a battler, worthy of empathy and enjoying the status of a National icon, goes to the heart of Australian folkloric culture. This divertive cultural strategy engenders widespread sympathy with perpetrators of heinous criminal acts which effectively deflects responsibility in a moral sense and sanitizes the memory of the genocide wrought on the first nations by the pioneer invader/settlers. This is not dissimilar to the myths of the outlaw heroes of the American West.

On a lighter note, the zoo-morphing of a bureaucratic set of metal drawers by the addition of cow horns and brass castors transforms the object into a free-wheeling horizontally mobile object with predatory tendencies!

* The category headings in the drawers are: 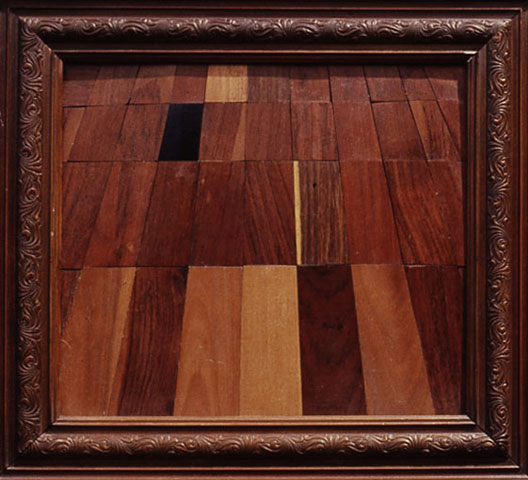 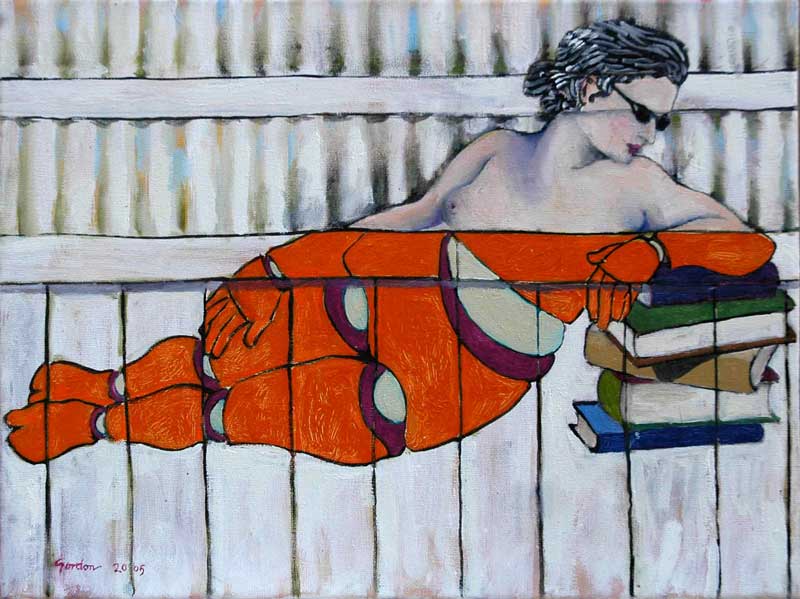