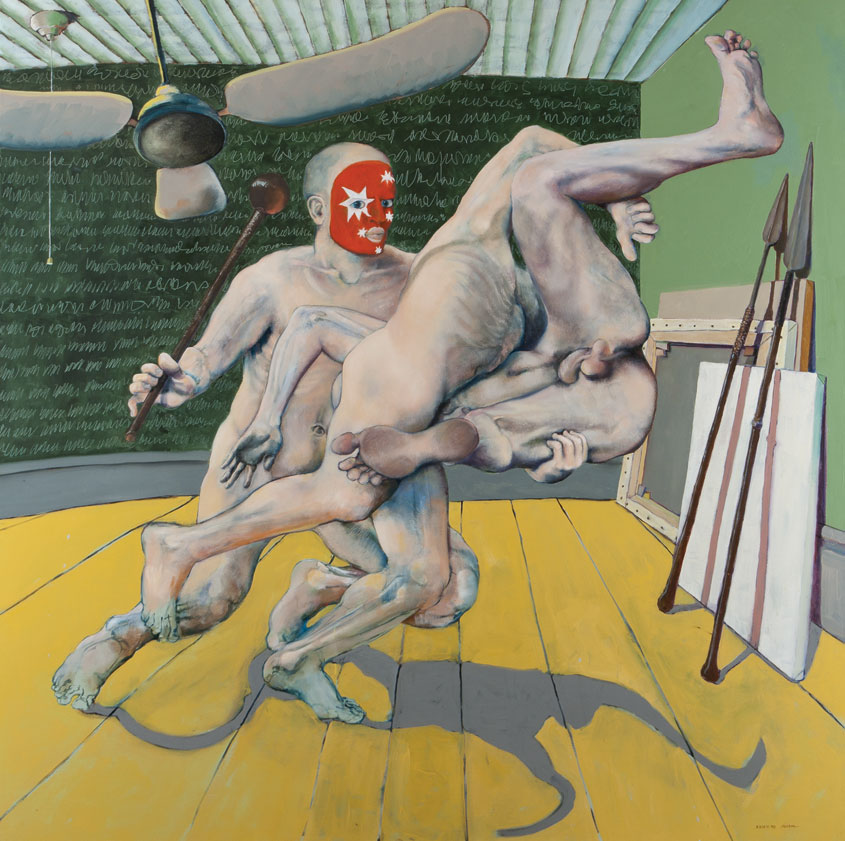 The composition sports two stage props which consist of a fan and a club. They function as didactic divertive compositional structural elements. Similarly the Zulu war spears (iqlwa) leaning against the right wall imply (real) warriors taking time off war to play the game. Compositionally, the spear tips are positioned to threaten one player’s foot and emphasise his and hence all players vulnerability and act as a reminder of the warring or competitive nature of the proponents. The action does not happen on an open playing field, but takes place in a [re] de-functionalized interior not unlike a traditional classroom with a green blackboard. The classroom is the antithesis of the gaming field.

Intangible text adds a semiotic element. At once commenting on the possible linguistic [in]comprehension of the rationale for the game, and simultaneously taking the form of a calligraphic design element of the composition. The dominance of the green/yellow denotes nationalistic (Australian) team support and adherence while the red face paint on the one protagonist takes the form of the alternative national ensign flag. This temporary body painting is commonly self administered by doting fans and is worn as traditional war paint.

The transparency of the flesh of the figures partially reveals their organic bone structure and vulnerability. Situated in the wings are the stacked as-yet-unpainted canvasses, a virtual tabla rasa, yet to be played out. The tackle on display speaks for itself and there’s a bit of where’s Wally as well. The inventive shadow cast by the players makes for a playfully amusing organic counterpoint 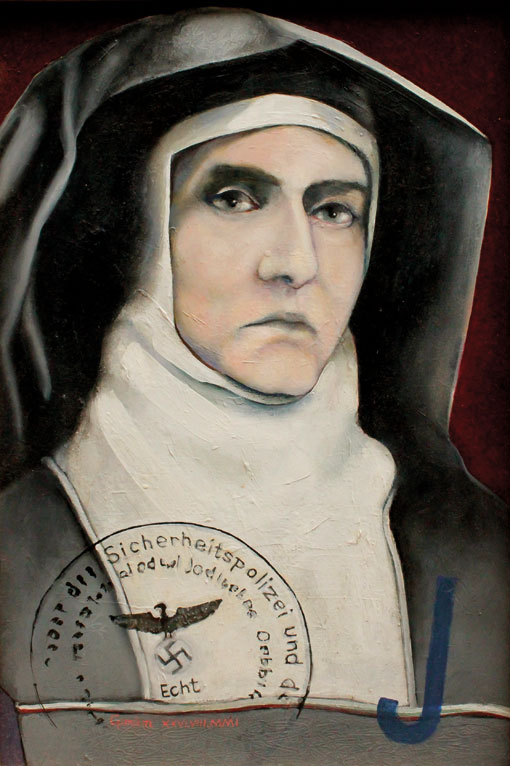 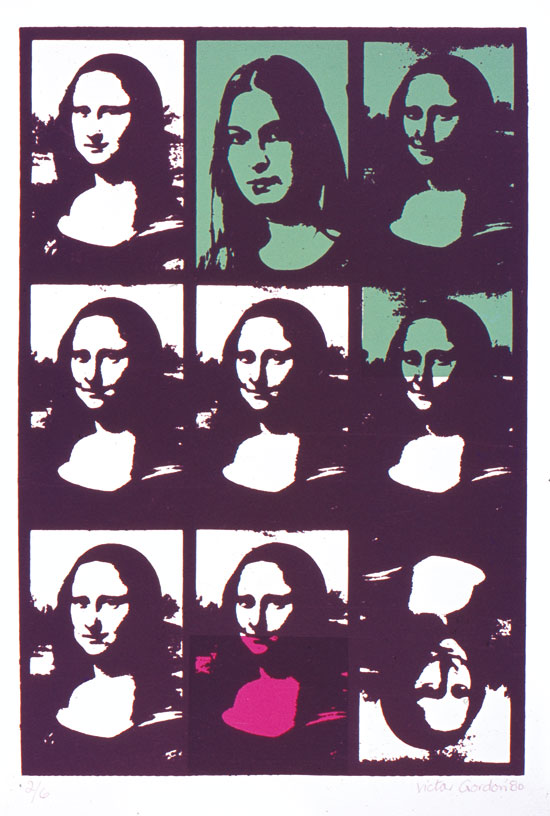 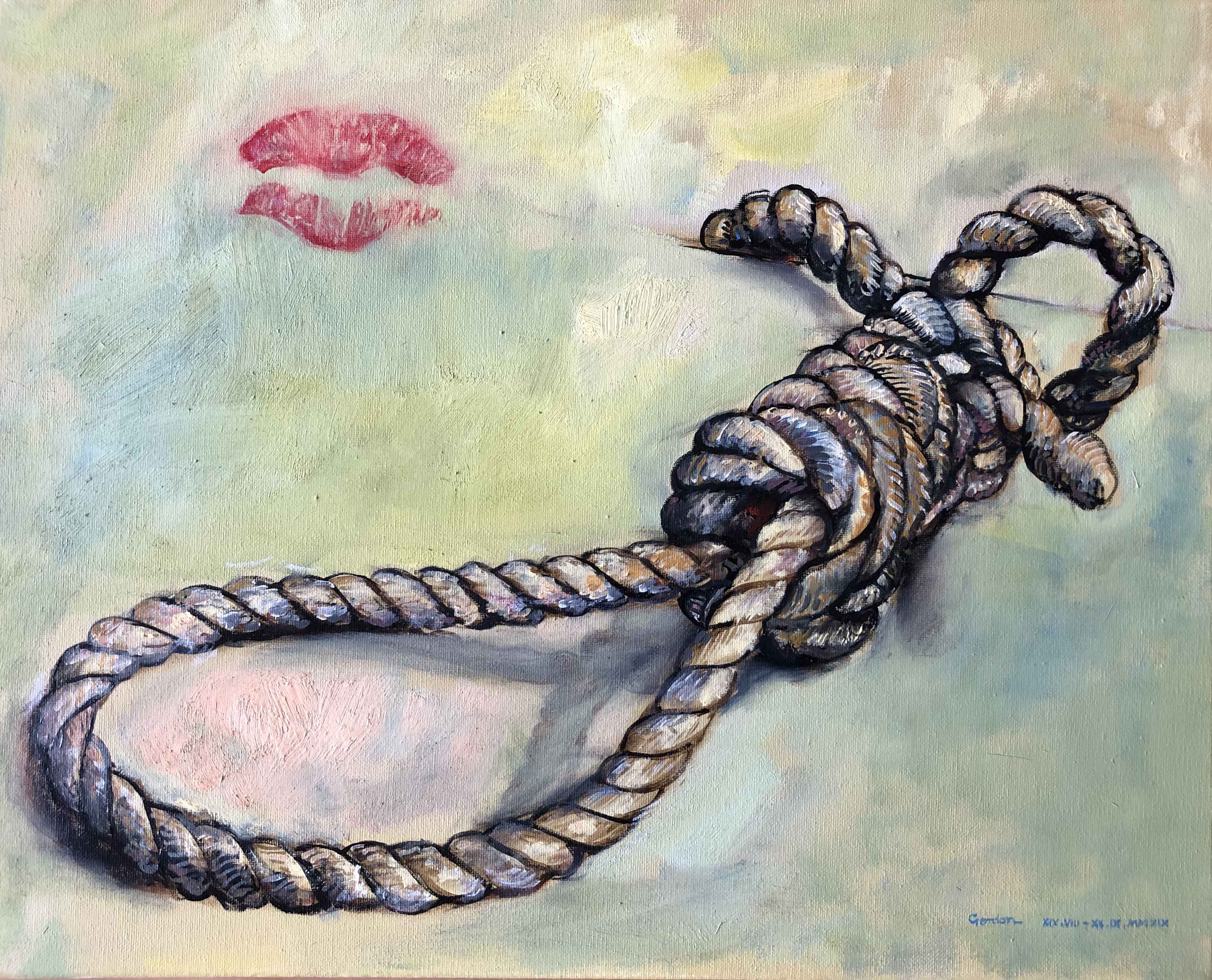