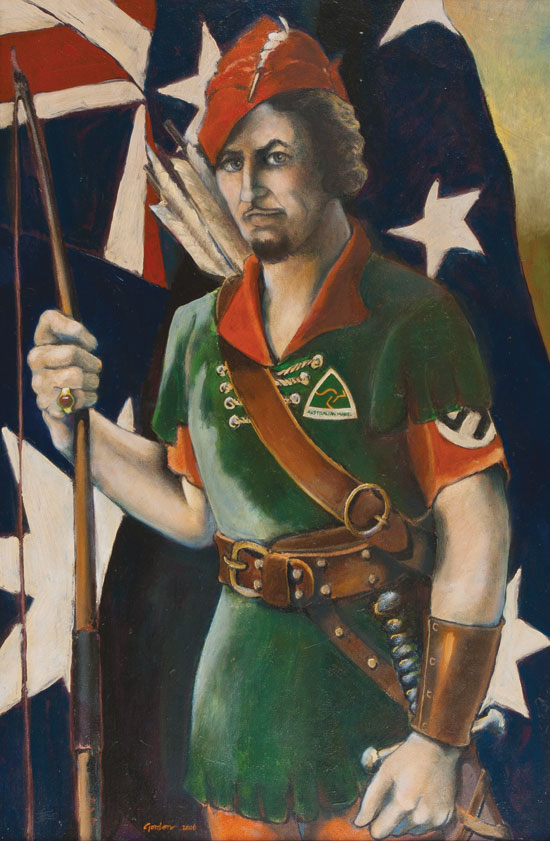 Ozzie Hood 2006 – oi oi oi – true (blue) colours – Errol Flynn is depicted in his famous 1939 Hollywood role as Robin Hood. I have added two new symbols to the traditional image of Robin Hood’s Lincoln green tunic: he now sports a prominent Made in Australia logo as well as a Swastika armband. This painting was made at the height of John Howard’s getting Australia to march to the drum beat of his extreme right wing rhythm and is an apt metaphor for Australia being seen to symbolically act as a Robin Hood, but reality behaving like Errol.

Australia’s role in interfering in international affairs is well documented. Errol Flynn in his heyday represented the quintessential raconteur playboy. In reality it appears that this home grown Ozzie rapscallion from Tasmania was a notorious flirt, a thief, a gun runner, a bootlegger and had a close homosexual relationship with Dr Hermann Erben  – a Nazi (Abwehr) Secret Service Man. It has been asserted that while together on tour, purportedly in support of the Republican cause, they were able to identify German volunteers in the International Brigade in Spain during their Civil War. These names were passed on to the Gestapo in Germany where their families were subsequently incarcerated in concentration camps!

The painting of Robin is purposely made to appear as a character out of or on the cover of a boy’s own comic book. It is perhaps reminiscent of the Pre-Raphaelite’s apotheosis of the quaint myths of English folklore, with an Australian twist. 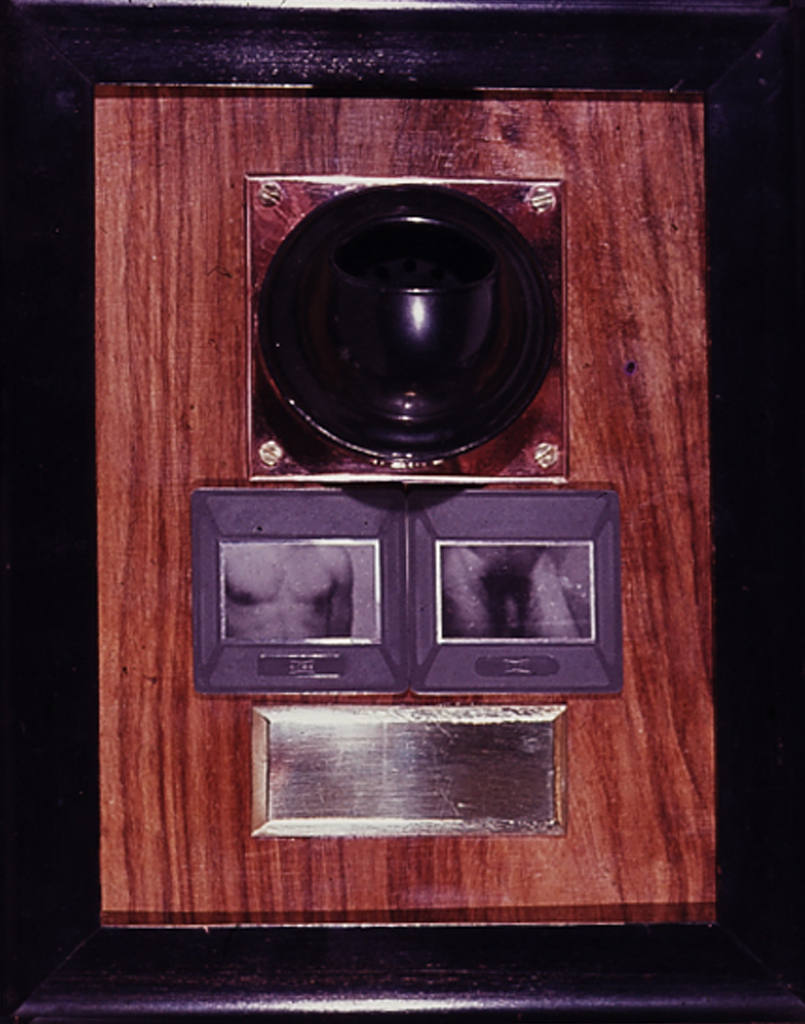 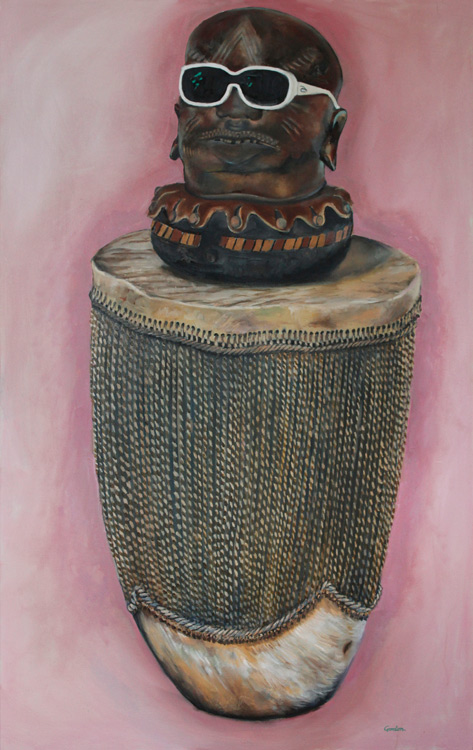 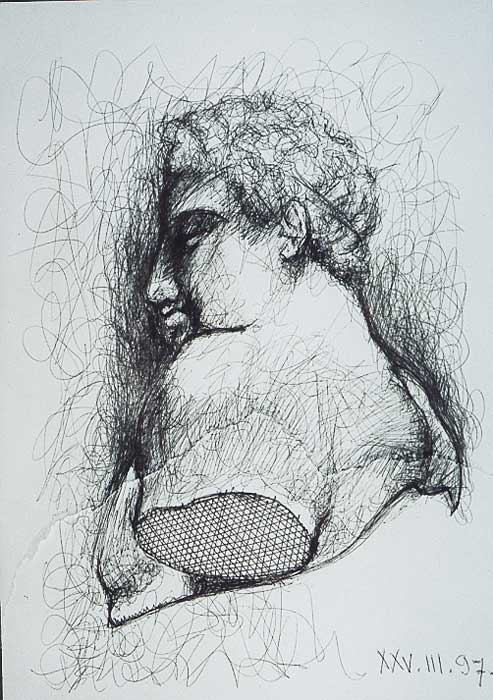